Domestic Violence (DV) is a broad time period to categories criminal offenses which may be charged and punished in several exceptional ways depending upon the instances of the case, the nature of the relationship, the location of the arrest, the accused's criminal history if he has, and the legal professional who represents the person that has been arrested or charged. Serious home violence incidents are charged as felonies. Child abuse and child endangerment or neglect, elder abuse, and a number of other specific offenses also fall into this general category of "domestic violence."

When assault, battery, criminal threats, or other violent crimes are committed against an "intimate partner" or former intimate partner, there are sentencing enhancements that apply upon a conviction. Domestic battery" also referred to as "spousal battery" and "spousal assault" is charged under California Penal Code 243(e) (1) and is the most common misdemeanor offense pertaining to domestic violence allegations. If you have been charged with domestic battery under PC 243(e)

These are some types and variety of the domestic violence which you may face by mistake or by the intention.

At The Law Office of Raoul Severo, the law officer Raoul Severo is recognized as being among the top domestic violence lawyers in California and represents clients in criminal cases related to domestic violence, assault and battery, and applications for and responses to restraining orders we understand how common it is for people to be falsely accused of this type of crime. And we know the social stigma associated with domestic violence charges can be as devastating as the actual penalties. We will fight tenaciously from day one to protect your future and your reputation and win your domestic violence defense case

Thank you for contacting us. We will get back to you shortly.

Please complete all required fields below. 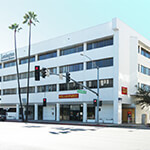